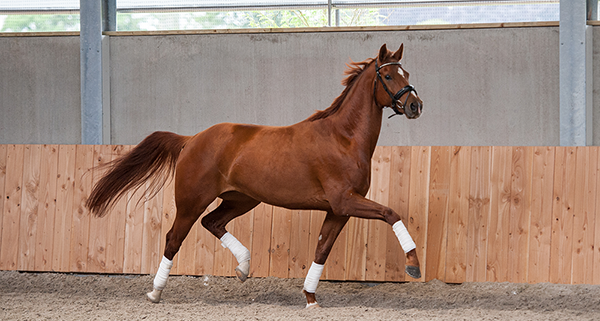 ERMELO – Today, our mare G-Star V.Z. became reserve champion during the KWPN National Mare Inspection. The final resulted in a choice between power and elegance.

With regards to that last point the second-placed Tango-daughter G-Star V.Z (x Welt Hit II) bred by A. Koenen in Erp and encouraged by her many fans on the tribune, was certainly convincing.
The eleven best mares were selected by the team of judges, consisting of chairperson Ine van Deurzen, Dirk Reijne and Toine Hoefs, to come forward. The judges needed extra discussions no fewer than three times before they finally agreed on the placings sequence. Whilst the harmonically-built, powerfully-moving Gamante D (by Contango) took the title, the light-footed and charming G-Star V.Z. (by Tango) was second.
Watch the video.